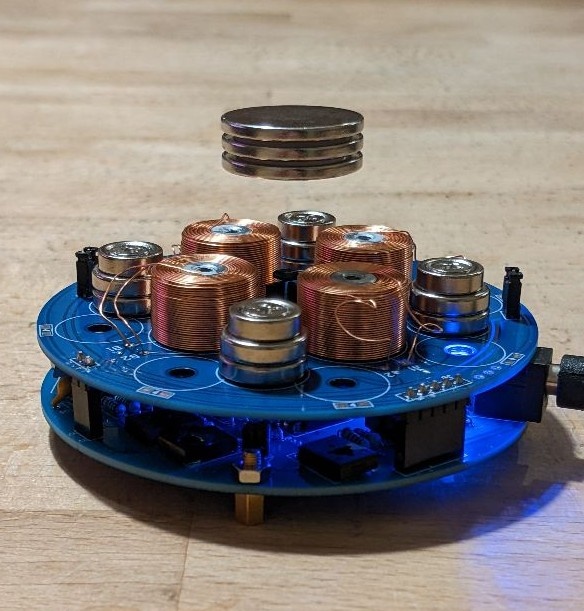 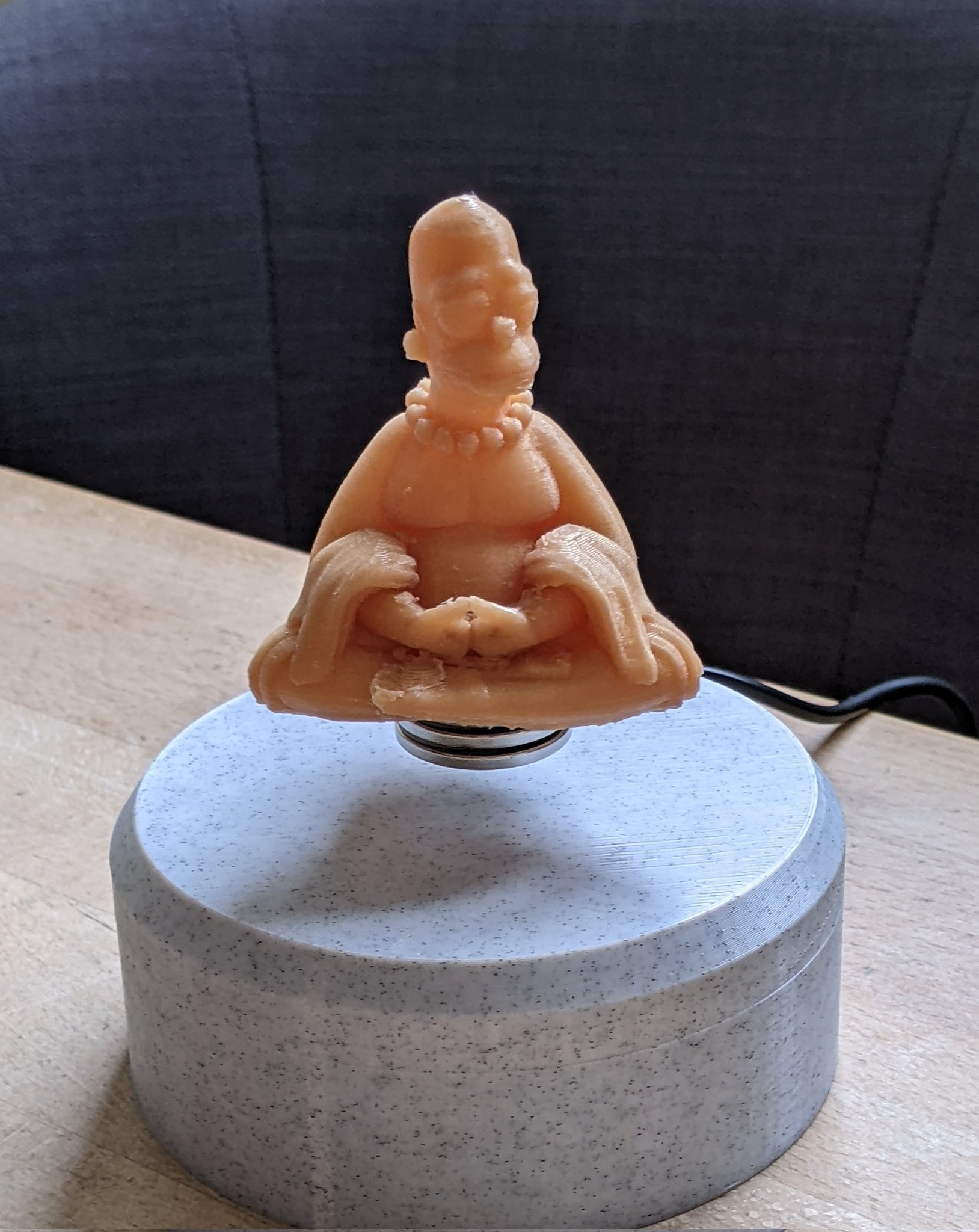 When you search for "Magnetic Levitation Kit" on ebay or aliexpress, you'll find offers for a DIY kit for a magnetic levitation platform for around 25 to 40 USD/EUR. I did not find any "official" info for these kits, but I nevertheless ordered one and built it. On this page I collected some info so it will be easier for other to build the kit too.

There are many offers for such a kit, many of them are very similar, but have minor differences. I chose this one. 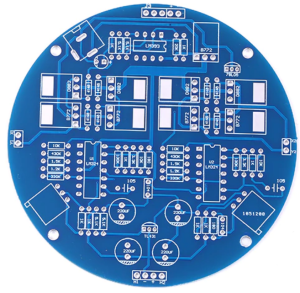 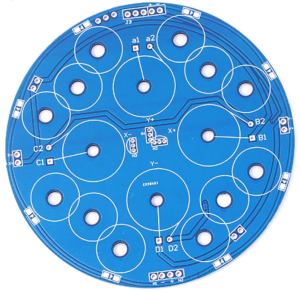 They are well done and the silk screen makes it quite clear, where all the components belong to. A few notes where it was not completely obvious: 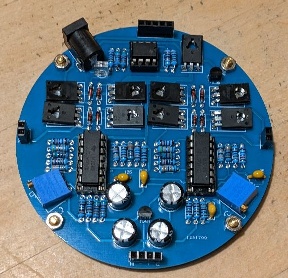 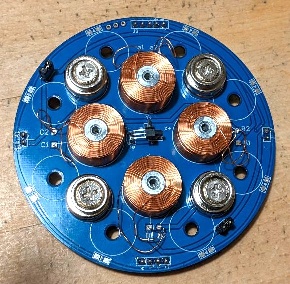 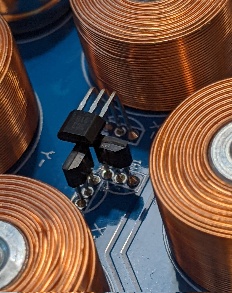 (Note I added sockets for the ICs, but used 16 pin sockets instead of 14 pin sockets cause this is all at had lying around. Don't let the extra pins confuse you)

User sdg12832 analyzed the circuit at posted a schematic diagram on this Russian website. This is what he came up with: 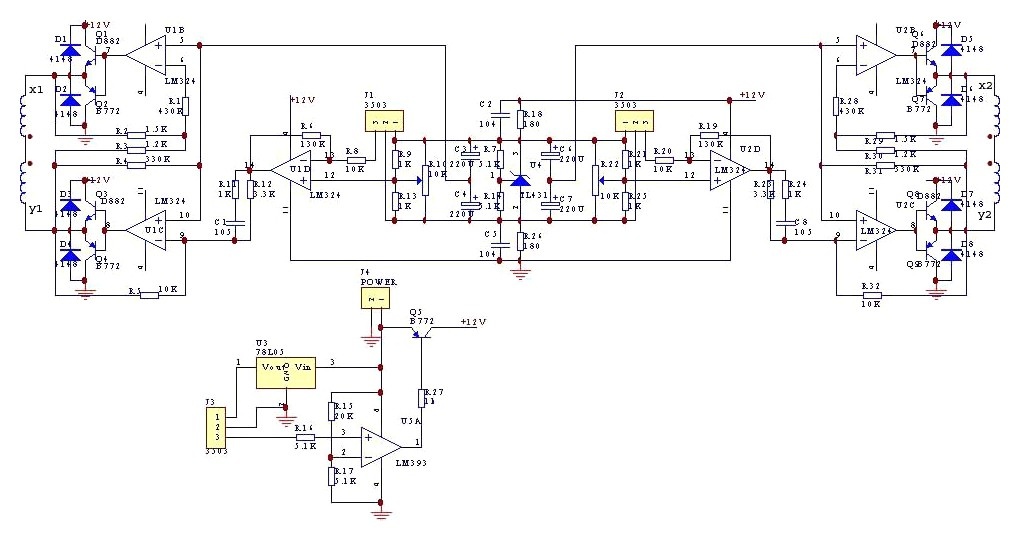 He also wrote about how he calibrated the circuit. I used a slightly different method:

Enclosure (for 3D printing, designed by me): 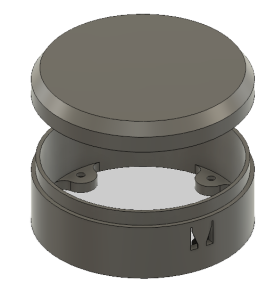